Torch Corals (otherwise known as Euphyllia) truly are a spectacle in any reef tank. They add interest and intrigue to your aquarium through color and movement.  However it is advisable to do your research before making your purchase. You will find out later how I have experienced first-hand the devastation they can cause to other prized corals. 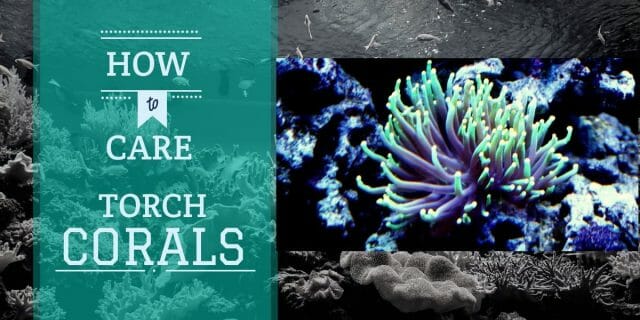 The scientific name for the Torch Coral is Euphyllia Glabrescens.

Torch corals are mostly found in and around Asia where the water is warm. These include countries such as Southwest Pacific Ocean and Southeast Asia. You can also find them around the top end of Australia and the Indo-Pacific region.

Torch Corals belong to the LPS family, or otherwise referred to as the Large Stony Polyp range of corals. This means that they have large fleshy polyps that extend sweeper tentacles out to catch and rein in food.

They have a branching skeletal base from which the polyps can extend and contract in and out of.  The skeletal base is made up of Corallite, which means as the Torch coral grows, it will draw calcium from it’s surrounding environment.

As a responsible aquarist, it is important that you monitor your water’s calcium levels to ensure your coral has enough minerals and nutrients to grow.

I discovered first hand how potent the Torch corals sting can be when my Torch coral had an encounter with my prized Red Goni. You can read all about it HERE.

Torch Corals Care – How To

Overall, the Torch Coral is a relatively easy LPS coral to take care of and is a good beginner coral for those dipping their toes in this fascinating hobby. We say this with the proviso that you are maintaining a regimented water changing schedule. As well as performing regular water testing to make sure the water parameters are stable.

The Torch coral possesses the light converting organisms called zooxanthellate within its soft fleshy polyp. This is great because it does not require a regular feeding schedule and will photosynthesize the light provided in your aquarium to maintain it’s necessary food intake.

Curiously, the Torch coral has the best of both worlds and is also known as a voracious coral, meaning it can also take in food from it’s surrounding environment.

This means you can feed it with high protein foods like frozen mysis shrimp, worms and fish flakes.

I target feed my Torch coral and I love seeing the feeding response as the sweeper tentacles latch onto any food floating near by and recoiling the food towards the polyp’s mouth.

This is probably one of the key things you will need to know about caring for this type of coral. I mentioned earlier that I have had firsthand experience in the consequences of this coral’s stinging tentacles and the result of improper placement.

It was noted above that the tentacles of the Torch coral can be used both for defensive and offensive purposes. It is this aggressive nature that will impact on your placement decision making process. For as the coral grows, the sweeper tentacles will sway and sting other corals (in my case my red Goniopora). At first it doesn’t seem harmful, as the other corals will retract and protect themselves. However if these conditions persist, then eventually the less aggressive corals will remain retracted and not grow nor flourish. Worst case scenario is that the other coral will eventually die off.

I recommend placing them in an area low in your aquarium (even on the substrate) well clear of any other softer, less aggressive corals. You will also need to allow for growth, as mine Torch coral has really grown and is already encroaching on other corals territory.

The area you choose should receive moderate lighting (so not in a cave) and also have medium-strength flow from a wave maker. You will need a moderate flow because this is how it would live in the wild, taking any bits of food and sustenance from the water column. In addition, most of the attraction of this beautiful coral is the way it sways and adds movement to your aquarium.

This beautiful coral has the advantage of being able to reproduce asexually or sexually.

The first meaning the Torch coral can bud-off parts of its structure to form a new colony. This is achieved by the Torch coral pinching a tentacle with a bit of it’s skeletal structure attached. The purpose of this is for the tentacle to use it’s sticking abilities to find a new location, settle, and begin growing a completely new colony.

The other method of reproduction the Torch coral uses is producing how nature intended. The Torch corals will release eggs and sperm at the same time. The eggs self fertilize with the sperm and turns into what is called planula larva. This new organism will eventually land in a new location and form a new polyp that will grow a new skeletal structure and start a completely new colony. However, this form of reproduction generally only happens in the wild.

Torch corals are a wonderful addition to any aquarium. Due to their appealing characteristics of easy and low maintenance requirements, you will be hard pressed to find any aquarist without a Torch coral featuring in their aquarium.

Part of their appeal is the wonderful variety of colors they come in, as well as the ability to add movement and interest to the aquarium.

We have highlighted a few issues to consider (such as aggression towards other corals) when purchasing these beautiful corals. However with a little bit of research and this in-depth guide to help you understand their care requirements, you will be well rewarded with a Torch coral in your reefing tank.

If you have any questions or would like to share your experience with Torch Corals, please leave a comment below. We love hearing from fellow reefers and encourage a thriving community. 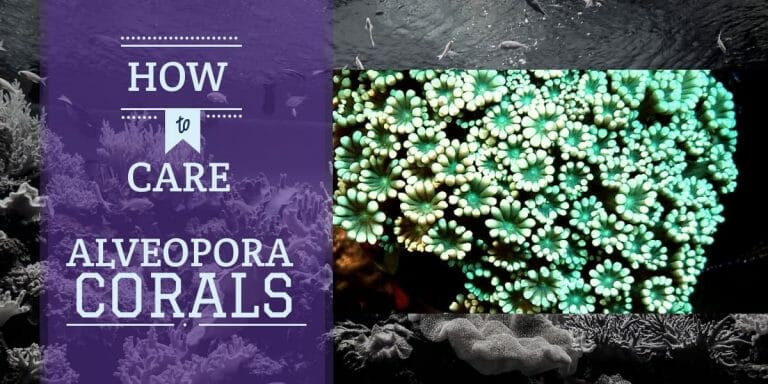 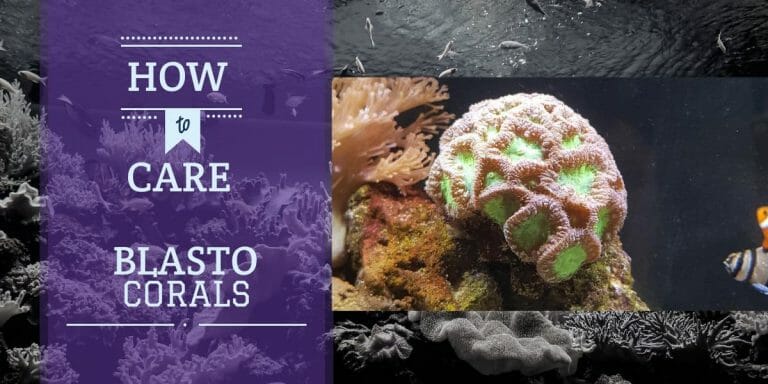 Check out this Complete Care Guide for Blastomussa Corals. Everything you need to know about caring for and owning a thriving coral. 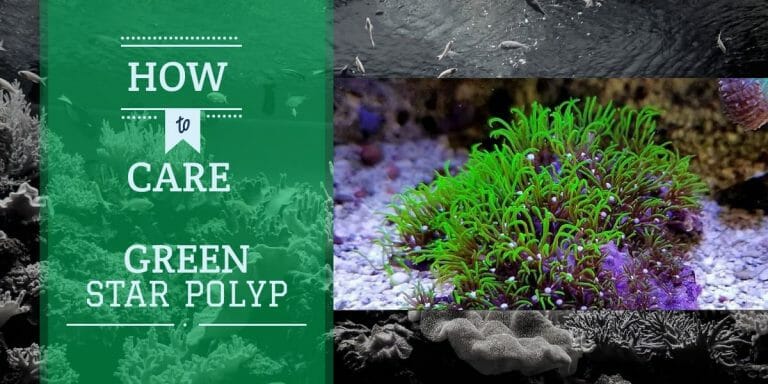 Everything you need to know about how to care for green star polyp corals. From feeding, to placement and lighting requirements. 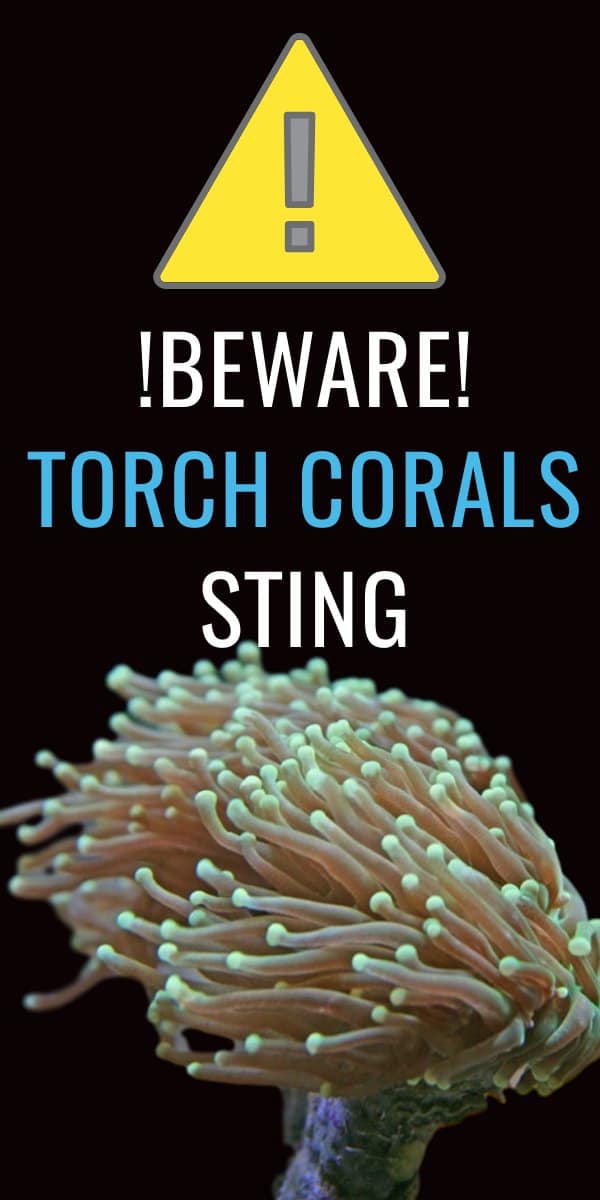